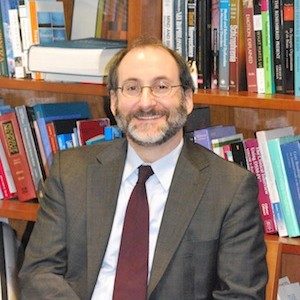 Dr. David Silbersweig graduated from Dartmouth College with high honors in philosophy. He studied medicine at Cornell University Medical College. He is a neurologist and psychiatrist, having trained in both psychiatry and neurology at The New York Presbyterian Hospital-Weill Cornell Medical Center. His research training was in the emerging field of functional brain imaging research at The Medical Research Council Cyclotron Unit, Hammersmith Hospital, London. Dr. Silbersweig the returned to Cornell to found and direct the Functional Neuroimaging Laboratory with Dr. Emily Stern. Dr. Silbersweig was also the founding Director of the Division of Neuropsychiatry, as well as the founding Director of the Neurology-Psychiatry Combined Residency Program. At Cornell, Dr. Silbersweig was the Tobin-Cooper Professor of Psychiatry, Professor of Neurology and Neurosciences, and was Vice Chairman, for Research, in the Department of Psychiatry. Dr. Silbersweig is now the Chairman of the Department of Psychiatry at the Brigham and Women’s/Faulkner Hospitals, and Chairman of the Brigham and Women’s Hospital Institute for the Neurosciences. He is Stanley Cobb Professor of Psychiatry at Harvard Medical School. He has an appointment in the Department of Neurology as well.

Dr. Silbersweig is one of the pioneers of functional neuroimaging research in psychiatry. He and his colleagues focus upon the development and application of new neuroimaging techniques to localize and characterize brain circuitry dysfunction underlying major psychiatric disorders. They have developed novel methods and paradigms for both PET and MRI imaging that are widely used, and have identified neural circuitry abnormalities associated with a number of major psychiatric disorders. Particular areas of focus are the characterization of fronto-limbic modulation abnormalities across the neuropsychiatric spectrum, and the identification of final common neural pathways underlying psychiatric clinical phenotypes. Studies combining neuroimaging with therapeutic and genetic studies, to test mechanistic hypotheses, are now underway. Dr. Silbersweig and his colleagues have published numerous scientific articles in leading journals, including first reports localizing brain abnormalities associated with hallucinations in schizophrenia, and with tics in Tourette syndrome. They have also made widely recognized contributions to neural circuit models of depression and borderline personality disorder. The aim of Dr. Silbersweig’s systems-level neuropathophysiology work is to help provide a foundation for the development of novel, targeted, biologically based diagnostic and therapeutic strategies to aid those suffering with mental illness. Dr. Silbersweig has significant involvement (including leadership roles) in national/international research consortia, and is Vice Chairman of the Governing Board of the National Network of Depression Centers. He has played a notable role in shaping the rapidly developing field of neuropsychiatry through his innovative educational activities, his invited presentations in the United States and abroad, and his work with scientific journals, NIH, conferences and organizations

@2015 Functional Neuroimaging Laboratory | All Rights Reserved
Back To Top
×